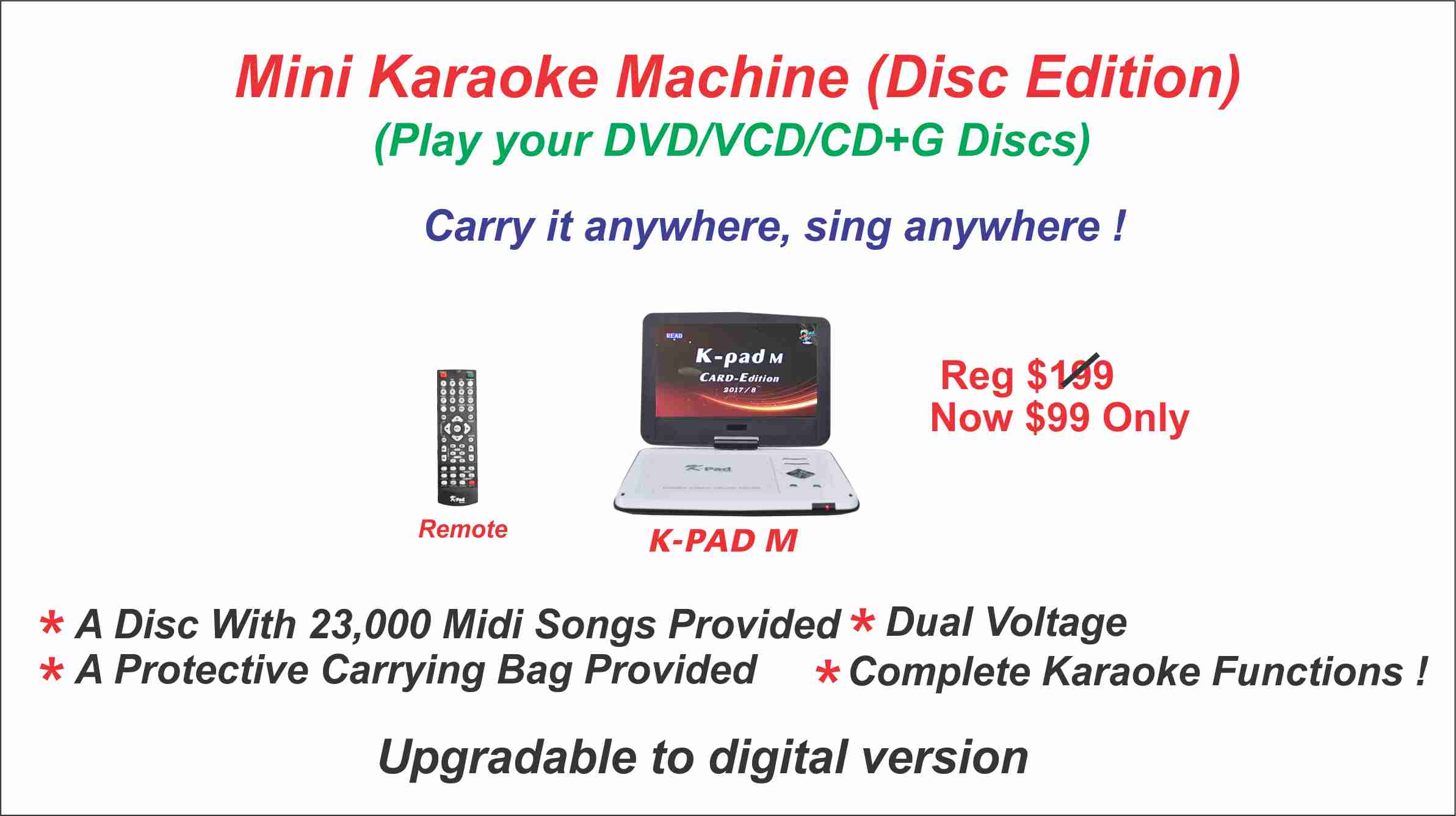 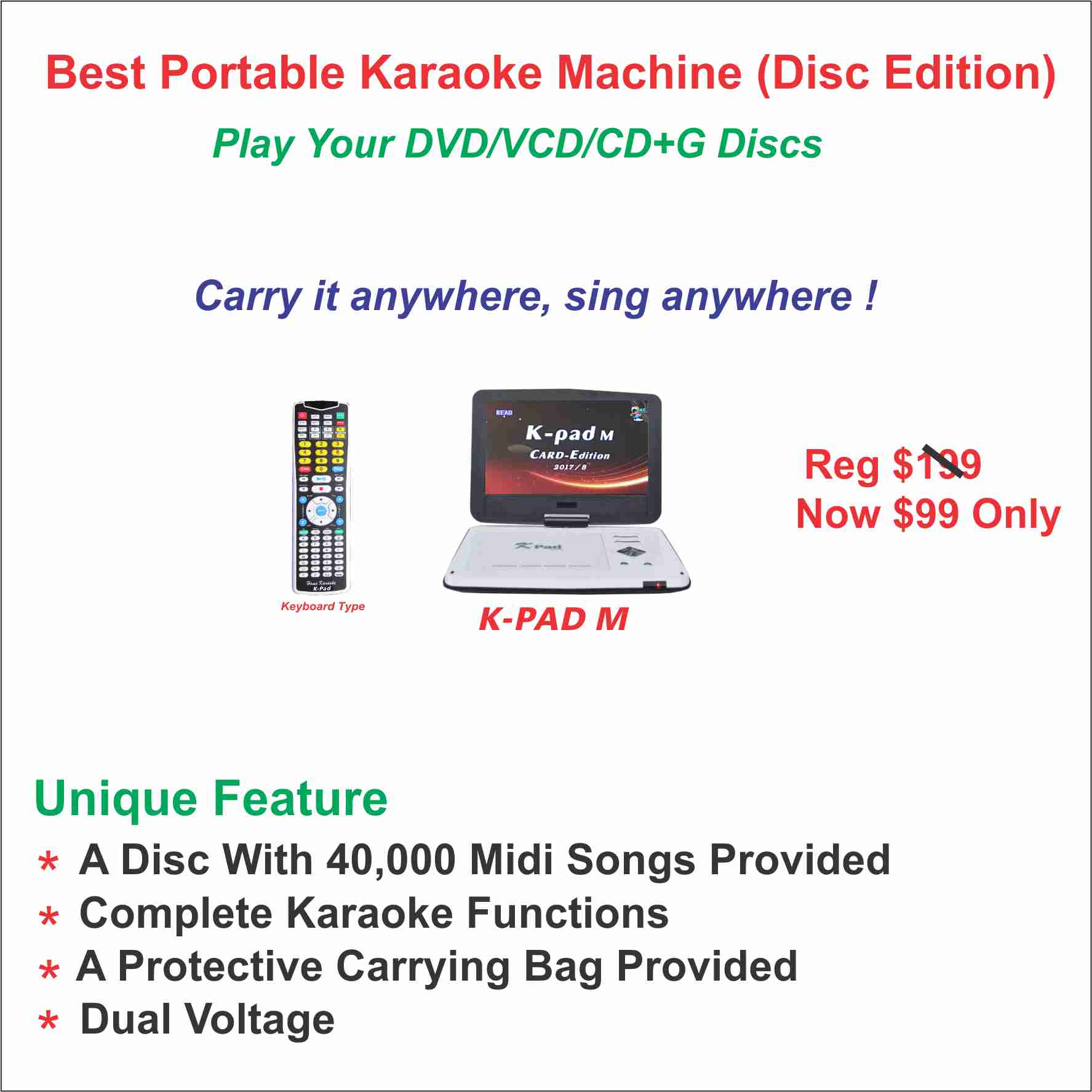 It is not just a player. It is a Karaoke Machine, complete with all Karaoke functions, e.g. Mic Inputs, Echo Adjustment, Key Control, Music Vol. Control, Multiplex etc.

It is designed with a special Midi Disc recorded with 6534 English Songs, 2322 Philippine Songs, 1026 Gospel Songs, 54 Christmas Songs and 108 Children Songs, total 10044 songs. You can search the song by the song No. in a song book provided, with a Remote Control. A 9” LCD Monitor is integrated in this machine. You can also connect it to a larger screen and to a more powerful Amp/Speaker.

In addition to the Midi Disc, it also plays DVD/ VCD/CD+G/USB/SD CARD/CD/MP3/JPEG. Any other song not in the Midi Disc can be downloaded from the internet in AVI format can be played in the machine.

K-Pad is our first innovative design in year 2012/3 with a view to replacing “Magic Mic”. Karaoke Machine in the form of a book-Pad: Two models sharing the same machine outlook were designed and developed. One is K-Pad ‘Midi’, and the other is K-Pad ‘Graphic’, two opposing music formats.

The K-Pad M was designed on ‘Disc’, recorded with about 23,000 Midi songs. Including English, Philippines, Gospel, Children, French, German, Italian and Spanish and 600 English MTV songs.

As our major markets are English and Philippine singers, only songs of their languages are printed on the song book, for the sake of cost-considerations.

In year 2017/8, where the world goes digital, we have written an upgrade firmware to upgrade the ‘Disc format’ machine to ‘Card Edition’, so storage capacity is increased to 128GB (a disc is only 4.7GB). 40,000 songs can now be stored in a Memory Card or USB of 32GB. Other languages, like Chinese, Cantonese, Vietnamese etc, are included. This new model is K-Pad M (Card Edition).

For the X’mas Sales K-Pad M (Disc Edition) is selected as a low-priced item, hence is $99.

Please note that for singer who are used to CD+G English sound toward format, they should look for another design model, that is, K-PAD G. Songs from the K-Pad G are printed on the same Song Book as MP3+G songs.